Are vigilantes overpowering authorities in Stanton? 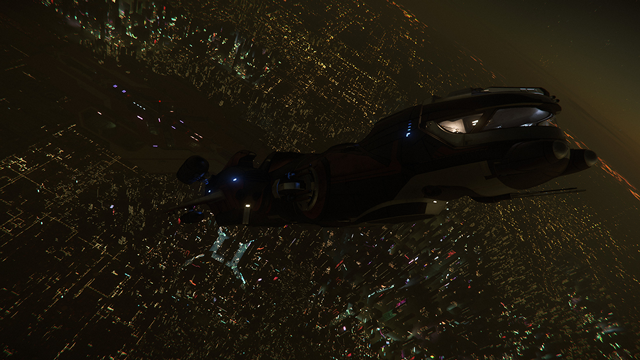 
According to first hand source, Madhatterand, a pilot in the Stanton system was sent to prison for the cold blooded murder of several authorities while on duty.


Due to fortuitous timing, the murderer himself, pilot Paulth3Maul, arrived on scene and when confronted about his cowardly, murderous deed, he declared most heinously, “…nope I did it and I’ll do it again” .

I was able, under immense threat, to ascertain some information about what organization these pilots reside in.  According to Madhatterand, they are part of a group known as the S.L.O.C.  or Sith Lords of Cronos.  When asked what this organizations’ deal is, he responded, “We do all walks, honestly.  We are the people who guard you in your sleep, the people who deliver your mail and packages, mine your ore....  *pauses*  we are everywhere and nowhere”.


A tense moment in my interrogation of these criminals came when I brought up if they had any known enemies. Apparently there was another pilot close by who looked to be their next target.  A target of murder or just intense intimidation was difficult to ascertain at that exact moment, either way, pilot confl8 was not backing down when he arrogantly responded to the threats with complete indifference.

There seemed to be an unsettling honor amongst these brutish spacefarers.

It was then that Madhatterand (who appeared to be one of the leaders of the group) let slip his most recent plan for his crew;  “…tonight, not sure…might try a rescue or data mine… but in general we are just making money at the moment.  Paul just likes death…he usually likes the death of others, sometimes himself”.   After a silent beat, Paulth3maul finally responded to my earlier question about why he would commit such an act by saying, “Ohh, I was doing some work for some people having issues with “LAW”.

If you wish to understand the coldness to which these pilots exude, the following snapshot exchange says it all... 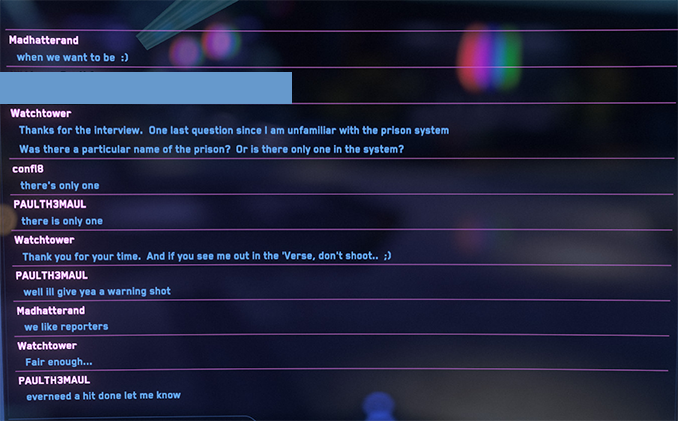 The names of the fallen have not been released by the UEE and when pressed for comment, as usual, all I received was static.

Publisher’s Note:  After an investigation of S.L.O.C fitness jacket in the Stanton/RSI database, neither Madhatterand nor Paulth3Mauls’ names were present in the member list.  Although, there were some ‘redacted’ names.