A New Force In The Galaxy? 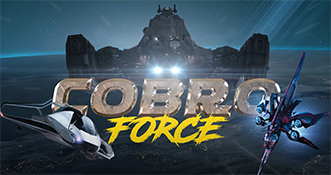 Let’s be real.  Since the formation of the UEE in the 26th Century, Humans have not been exactly on the ‘right’ side of history.  After the Messer mess the Human race has been trying to play evolutionary catch-up; dealing with centuries of torment and mal-governance, we have struggled to find our place in our ever expanding galaxy.

So here we are, a new a burgeoning people of different races and cultures, stretching our wings, racing out to the stars to try and plant our own flags of hope and glory upon the newly discovered moons and planets.  But who is leading the charge?

Whispers of the past

As we go forth into the universe,  among the goals of hope and prosperity, the one desire we all bind ourselves to is survival.  Threats are everywhere in the ‘Verse.  Some evident, others much more sinister and concealed.  We go about our missions and daily lives accepting the dangers that surround us.

But what if those dangers are closer than we think?

What if those threats come from within?

One such faction has been moving the pieces of the chessboard for almost a year now.  A forces name to which only those with the most hardened hearts would dare whisper, for even to mention the name might strike fear even in the most solidified of pilots.

''Even the wind seemed to hold its breath as the suggestion was made that were one to die, the rest might live.”   ~Eliza Donner

Cobro Force.  Mystery surrounds this faction.  Who is their leader?  Some say the fear is un-warranted as the muscle behind the group has been described as ‘goofy’.  Others, not so confident in the descriptions of the Forces docile nature, claim Cobro force is a band of pirates out to plunder the ‘Verse, and all who attempt at making a home in safety will find little respite when this group is on the hunt.

As with many of the new factions in the ‘Verse, we have always been on the lookout for evil and stretched our hearts to the Sun, soaking in the cosmic light as the struggle for survival continues to herald the next steps in our evolution.  But we must be vigilant.